The international diving group Badewanne has succeeded in revealing the age of a unique shipwreck lying on the bottom of the Baltic Sea. Badewanne originally discovered the wreck last year at the depth of 85 meters. This summer, during the filming of the documentary film ”Fluit”, the diving team found the transom of the exceptionally well-preserved wreck. As the divers succeeded in turning over the transom which was laying face down on the seabed, an engraving with the year 1636 was revealed along with an image of a swan. The swan is presumed to represent the name of the ship. The divers also took measurements of the wreck to determine the accurate size of the vessel. The diving team will continue to research the history of the wreck together with maritime archaeologists Minna Koivikko from the Finnish Heritage Agency and Martijn Manders from the Cultural Heritage Agency of the Netherlands, along with fluit expert and maritime archaeologist Niklas Eriksson from Stockholm University.

The historical documentary film ‘Fluit’, produced by Handle Productions, follows the investigation of the origin and the mission of the fluit, the identity of her sailors, and her untimely fate in the 17th century Baltic Sea.

Since the Middle Ages, the Baltic Sea has been one of the world’s most important trade routes. During the 17th century the efficient merchant navy of the Dutch Republic gained control of this trade. Thanks to the profitable Baltic Sea trade the Dutch Republic could expand to the colonies, starting an early globalization. One ship type became the mainstay of this trade: the fluit, a three-masted ship with a very capacious hull design. Fluits were often unarmed, allowing them larger cargo capacity. Innovative new technical solutions allowed for smaller crew, making the trade more profitable. Other novel features onboard the fluit ships were the shared living spaces for the crew. This was unusual in the contemporary hierarchic maritime world. Although the wooden fluit ships were dominant in the Baltic Sea trade between the late 16th to mid-18th century, very few of these ships remain today – even as shipwrecks.

“The identities of ships were revealed by the carved motifs on the transom. Fragments of such motifs have been found before, but now that we have the entire composition, we are able to identify the ship in the same way as people in the 17th century did. The ship was named “Swan” and built in 1636. A closer examination of the transom will most likely reveal the coat of arms for the ship’s home port, as well,” celebrates maritime archaeologist Niklas Eriksson.

“This finding restores my faith in miracles. I have never experienced anything like this in my career spanning 30 years,” states maritime archaeologist Minna Koivikko.

“These new findings are a great starting point to do more research. Knowing the launch year of the ship, 1636, and having an indication of the name of the ship helps us to learn more about the historical context. We may even be able to identify the people on board. The new findings also help us to learn more about the fluit: a simple, common ship, that created the right circumstances for early globalization. The fluit highlighted the typical Dutch approach to ship building, and symbolized the flourishing seafaring trade of the time,” adds maritime archaeologist Martijn Manders.

“It was incredible to be the first people to see the wreck since it sank nearly 400 years ago, and now we have the opportunity to take her story up to the surface,” notes scientific diver Jouni Polkko.

”Fluit” is a documentary film project by Handle Productions. The film is directed by Sakari Suuronen, written by Beata Harju and produced by Hanna Hemilä. Co-producer is Annemiek van der Hell from Windmill film, Netherlands. The diving project has been financed by i.a. the Foundation of Antero and Merja Parma and the Swedish Television.

Badewanne consists of voluntary divers with different nationalities. The team is specialized in documenting wrecks in the Gulf of Finland. Badewanne is also involved in research of environmental threats of shipwrecks. The divers participating in the research of the fluit have been Jouni Polkko, Tommi Toivonen, Sam Stäuber, Jani Tattari, Ivar Treffner, Mauro Sacchi, Tiffany Norberg, Edd Stockdale, Harri Laakso and Juha Flinkman. 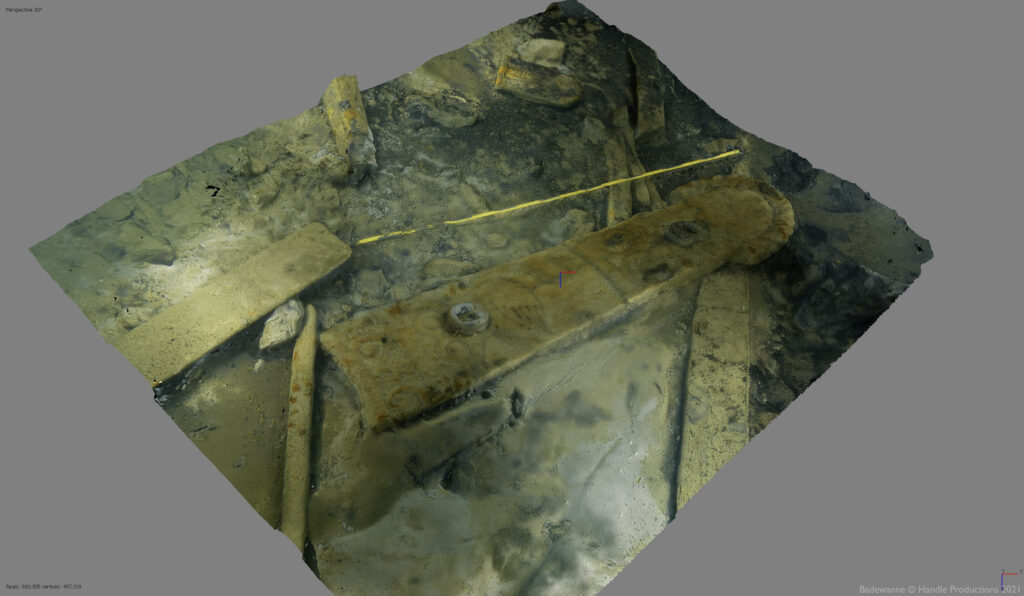 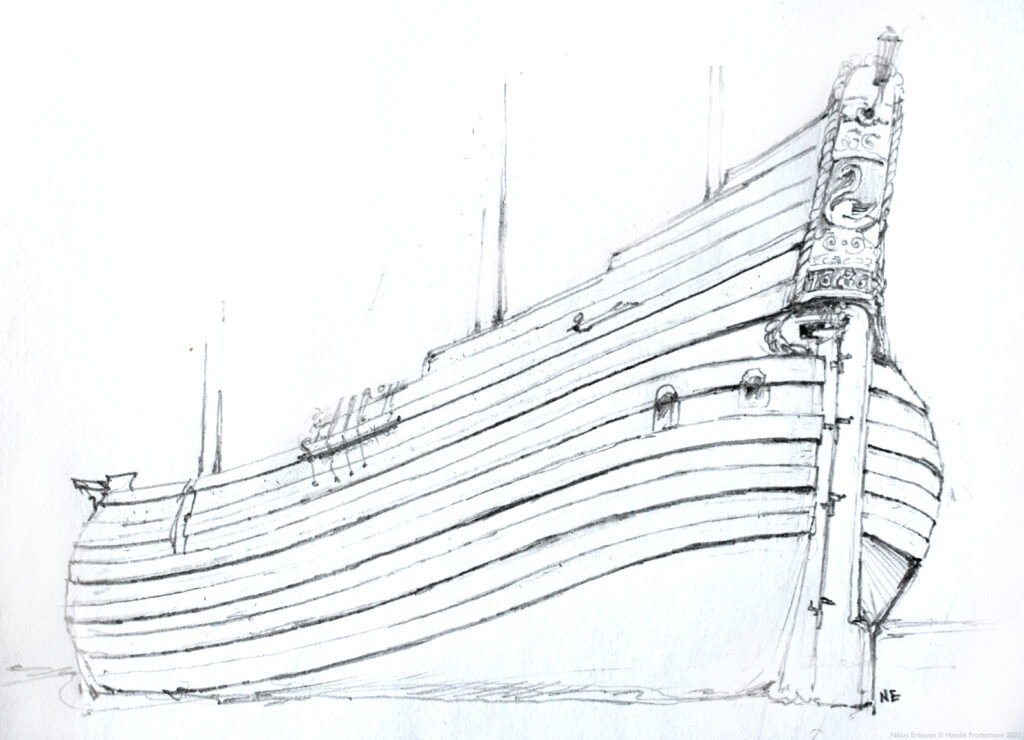 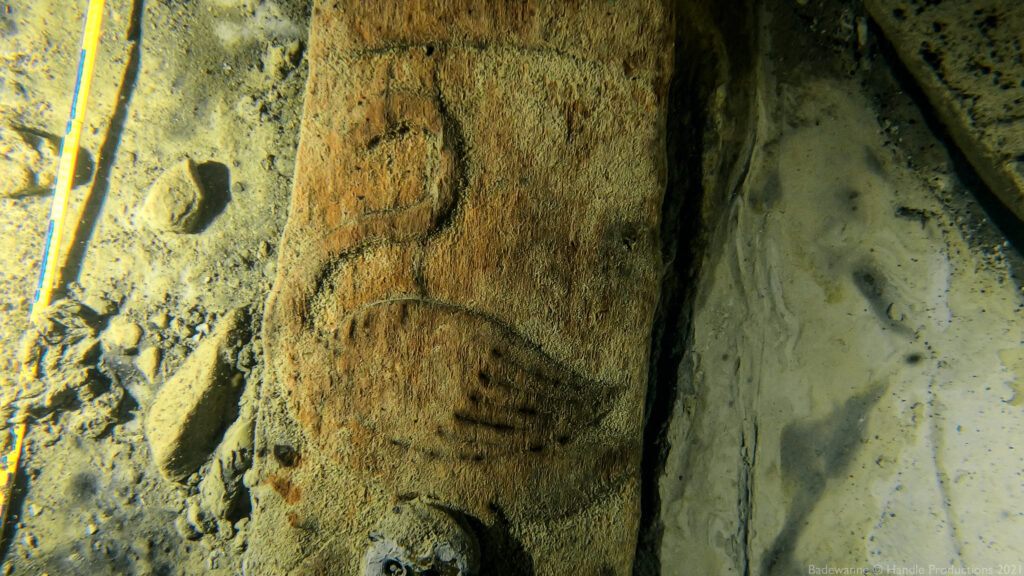 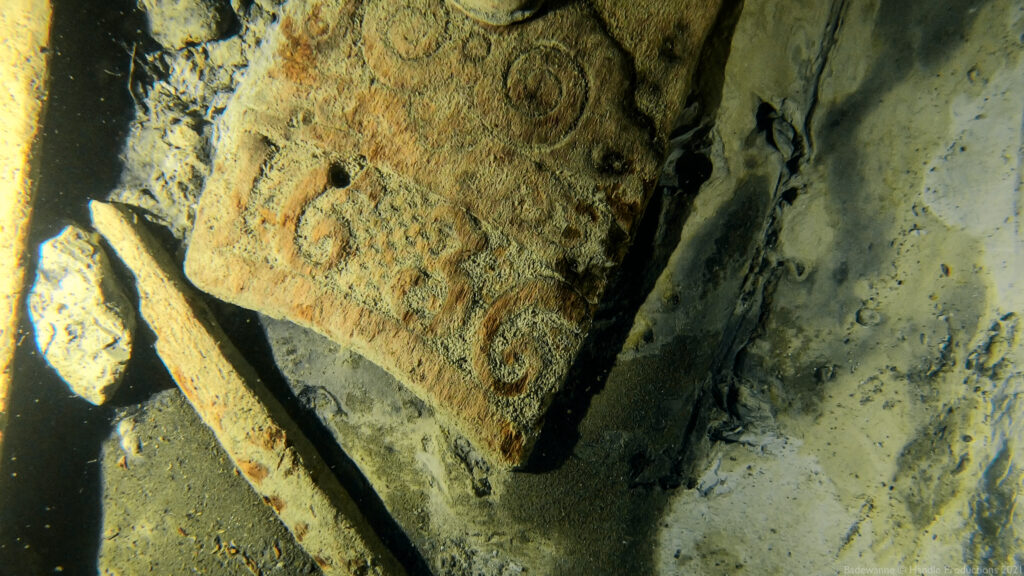