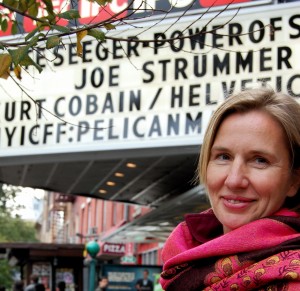 Hemila made her directorial debut with the Finnish-American documentary feature on Ingrid Bergman’s butler, Paavo, a Life in Five Courses (opening film for the 2012 Eurodok film festival in Oslo, Norway). Originally drawn to filmmaking by her desire to create something meaningful for children to watch, Hemila utilized her project financing experience and M.Sc. degree in finance (Hanken) to produce her first animation series, the internationally acclaimed and awarded Urpo & Turpo.

Hemila finished producing, co-writing and co-directing Moomins on the Riviera, an animated feature film based on the iconic Moomin characters by Tove Jansson in 2014. The film premiered in London Film Festival and was nominated for the best animation film in Shanghai International Film Festival in 2015. Hemila also produced a Scandinavian holiday countdown for children, a 24-episode à 15 min television series Tommy’s Supersofa, which aired on Svenska YLE in December 2013 and aired on MTV3 and NRK in 2015.

Hemila’s animation productions include the series Tootletubs & Jyro (2001) and Urpo & Turpo (1996). Her documentaries include Tove and Tooti in Europe (2004) and Haru, the Island of the Solitary (1998) about the famous author and creator of the Moomin comics, Tove Jansson, and her partner Tuulikki Pietilä.

Hanna Hemila received the Finnish State’s Art Award in 2001 and was nominated in 2005 for Best Film in the national Oscars (Jussi-award) and in 2004 for Film-Finlandia award. 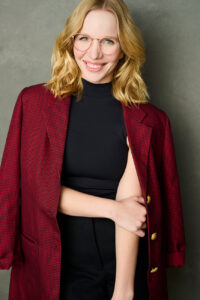 Screenwriter, Actor and Filmmaker Beata Harju is the Creative Director for Handle Productions. Beata’s long form storytelling work has appeared on Cartoon Network, Disney EMEA, YLE, Sveriges Television, Netflix, and numerous film festivals including BFI London, NYWIFT Online Comedy Festival and Shanghai International Film Festival. She has developed stories for Warner Bros. ITVP Finland, Zodiak Kids, Man of Action, Invisible Narratives, and Onerva Pictures and Handle Productions. An experienced crew member, Beata has also worked crew positions ranging from Assistant Director to 2nd Camera before focusing on storytelling. As an actor, she had her National Theatre acting debut as Honey in “Who’s Afraid of Virginia Woolf” and Jane in “August: Osage County” at Svenska Teatern, the National Swedish Theatre of Finland. She is a union performer in both Finland and in the US.

Beata received her MFA in screenwriting from the American Film Institute Conservatory in Los Angeles. She has a Bachelor of Arts degree in film, theatre and social sciences from Sarah Lawrence College, New York, and has also studied business at the Aalto University School of Business in Helsinki. 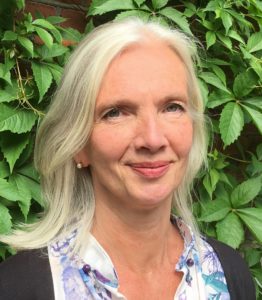 Outi Gaib is the long-term Office Manager and the all-around person who makes sure things run smoothly for all of Handle Productions’ projects. Outi got into filmmaking via banking, and has been working for the company since the filming of Pelicanman in 2004. She is an avid reader.

The hand-drawn animated feature, Moomins on the Riviera premiered in London Film Festival on October 11th, 2014 and has already been sold to over 50 countries. The Scandinavian holiday countdown for children, Tommy’s Supersofa (2013) has aired on Svenska YLE, MTV3 and on NRK.  In 2010 the company completed the highly acclaimed documentary feature about Ingrid Bergman’s former butler, Paavo, a Life in Five Courses, which opened the Eurodoc filmfestival in Oslo, Norway in 2012.

Handle Productions manages the film rights of Lumifilm Oy, which was founded by Hanna Hemilä and Liisa Helminen in 1993. Lumifilm’s films include critically acclaimed and awarded features, shorts and documentaries.

Handle Productions manages the film rights of Lumifilm Oy, which was founded by Hanna Hemilä and Liisa Helminen in 1993. The films include the critically acclaimed feature film Pelicanman (2004, major awards in London, Chicago, Moscow, Cairo, Zlin), the internationally awarded and distributed animation films Tootletubs & Jyro (13 shorts) and Urpo & Turpo (13 shorts), as well as the documentaries about Tove Jansson and Tuulikki Pietilä: Haru, The Island of the Solitary and Tove and Tooti in Europe.